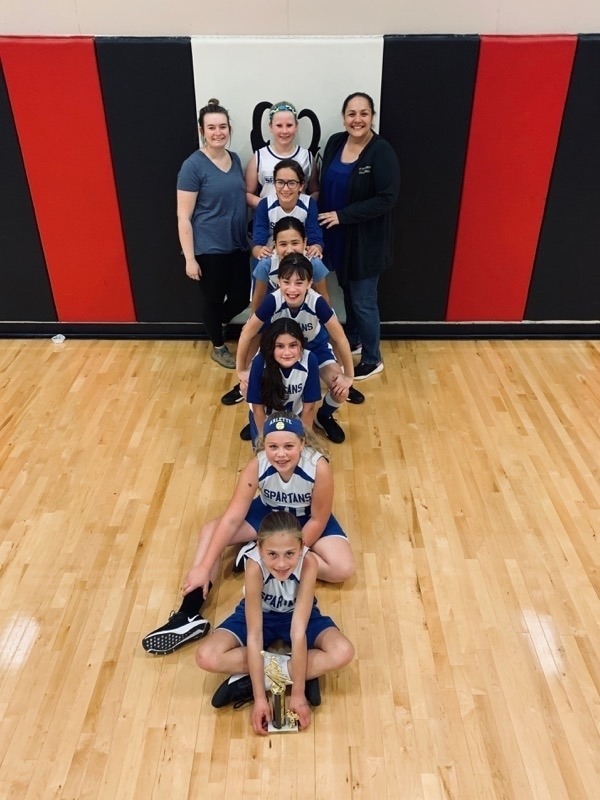 The 2019 middle school girls' basketball season showed promise of a strong group of young ladies.  We started the season off with 20 athletes spread throughout three teams.  Violeta (point guard & wing) and Julissa (wing, middle & down low) played basketball each year in middle school and  will be joining the Ash High School basketball team next year. 5th graders are part of the middle school sports teams and 8 girls joined and finished the season.  Andrea (point guard) and Arlette (down low) caught on quickly and not only played on the "C" team but also played for the "B" team. Marina (wing, middle & down low) is a tall, quick and strong 5th grader.  This is her first year playing basketball as well and started off on the "B" team and finished playing only on the "A" team. Jordyn (point guard, wing  & down low) is a 6th grader and improved greatly during the season.  She finished the season as a starter for the "B" team and a substitute for the "A" team. Gracie (Team captain, middle & down low) & Aura (Team captain, point guard & wing) are 6th graders that have been playing on the "A" team for 2 years now.  They are aggressive, positive and have great court sense.   The "B" team placed second at the I-40 tournament in Seligman.  Come join us on Wednesday, March 4th @ 6:00 p.m. for the fall sports banquet. Coach Erika and Coach Lauren would like to thank all of the supportive parents and fans.  We look forward to another successful season next year.