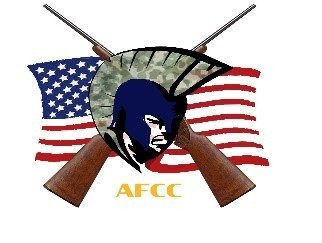 Last year Ash Fork High School welcomed the new Cadet Corps leadership program.  The mission is to assist students in becoming the best version of themselves.  Emphasis is placed on military history, leadership, uniforms, physical fitness and nutrition.  Students learn how to be responsible in a rigorous environment where high expectations and discipline is established through drill and ceremony, as well as inspections.  Throughout this course, students will experience hands on training both inside and outside of school.  The cadets faced their first challenge this year by participating in the first of many United States Marine Corps Poolee physical fitness events.  A poolee is someone who has enlisted to become a Marine, but has not shipped out to boot camp yet.  One purpose of the event is to help prepare individuals to be mentally and physically able to withstand Marine Corps boot camp.  Flagstaff recruiters, Staff Sergeant Irwin, Staff Sergeant Lund and their poolees welcomed us with open arms.   In addition, the other Northern Arizona recruiters and their poolees offered their leadership as well.  We are so grateful for them and look forward to learning from them throughout the year.

The cadets were unsure what to expect at their first meeting, but were ready to face the challenges that were set before them.  While they had the opportunity to quit at any time, not one cadet or poolee did. 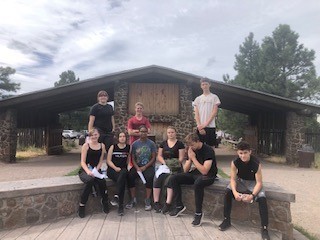 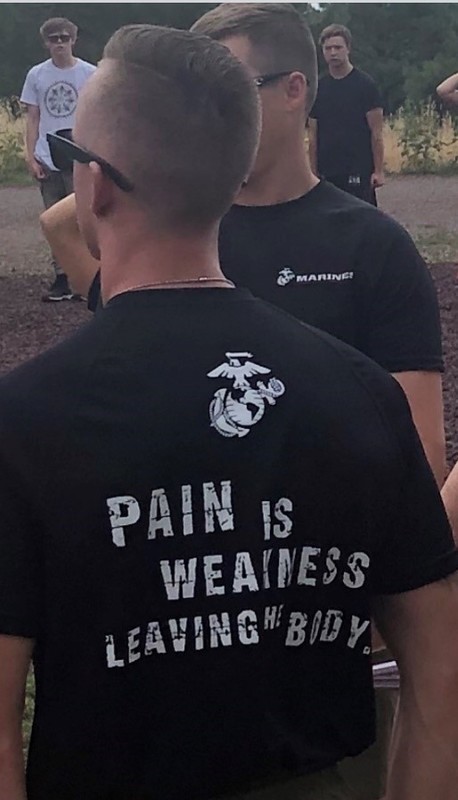 Upon arrival to the event, the cadets were invited to warm up with the poolees. 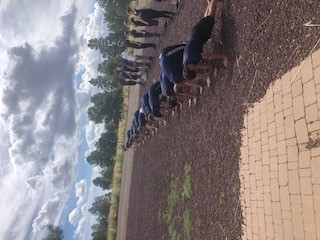 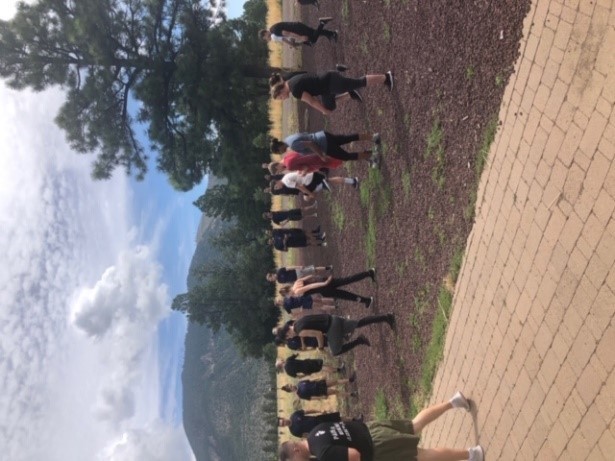 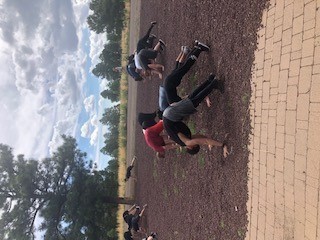 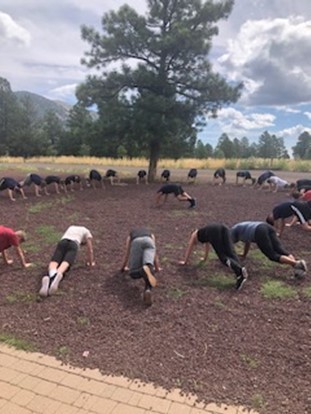 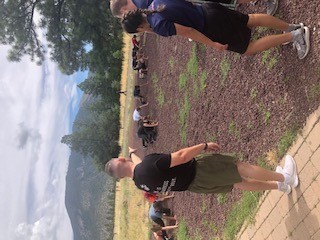 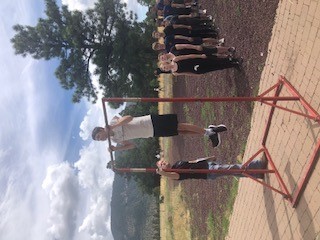 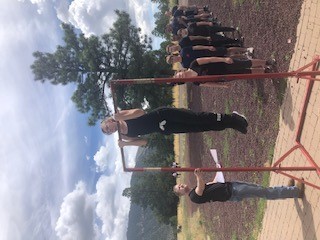 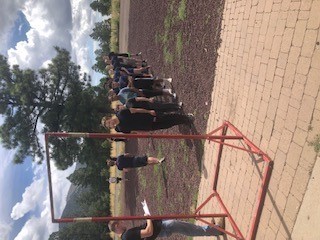 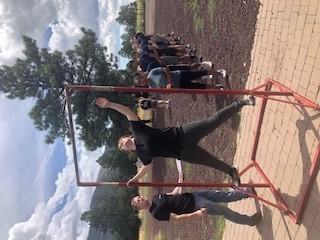 After warm up, the poolees and cadets headed to the pull-up bars.  They learned how to project their voice while asking for permission to mount the pull-up bar.  In addition, they were informed on how to do a pull-up that counts.  “Straight arms! All the way down! Chin above the bar! All the way up!” 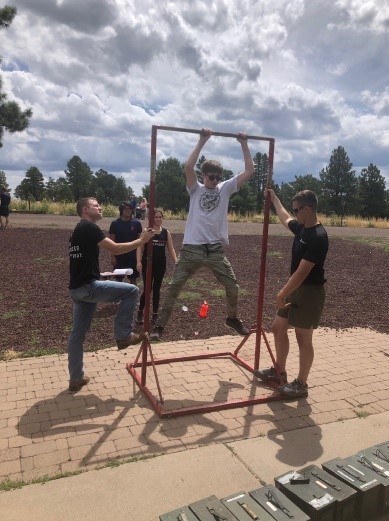 Once they finished their pull-ups, they ran a quick mile and a half. 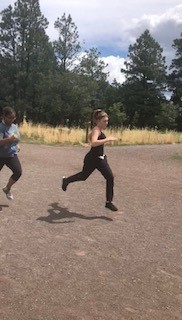 And completed the fitness training with partner sit-ups. 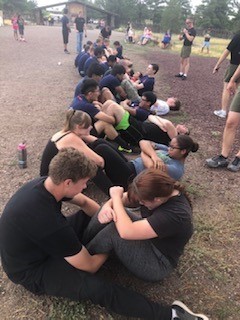 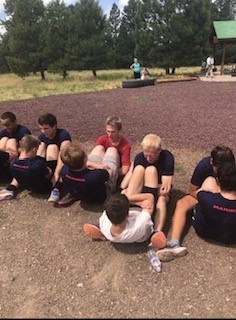 Then the poolees and cadets gathered around to listen to Mr. Yazzi who served as a United States Marine during the Vietnam era.  He shared his connections to the Marine Corps and Navajo life cycles, and what he calls “Marine energy” along with the importance of visualizing yourself achieving your goals prior to acting on them.  In addition, he gave some running tips for beginners and discussed the “Power Stance”. 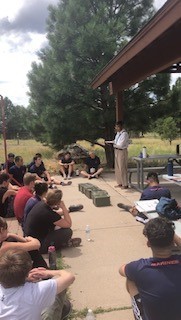 The final event involved team work.  Poolees and cadets were separated into teams.  They brainstormed ideas on how to best accomplish their goals with the added challenges.  The poolees displayed excellent leadership with their communication, initiative and guidance.  They carried a log from one destination to another and did twenty squats before setting the log down.  Then they carried 30-pound ammo cans to another destination and did ammo can presses before moving to the next event which was tractor tire flips.  The cadets had a great time and are super excited to prepare for the next meeting. 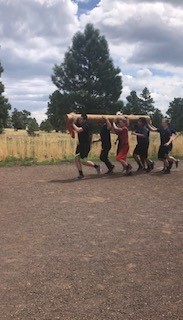 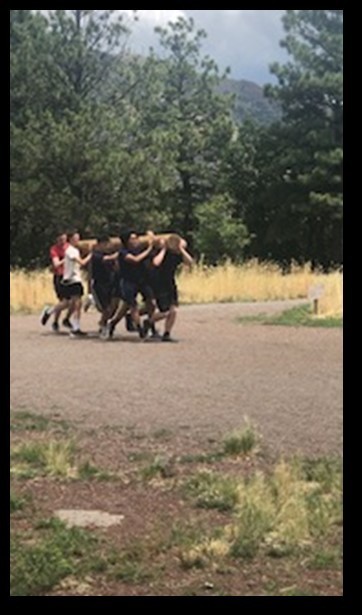 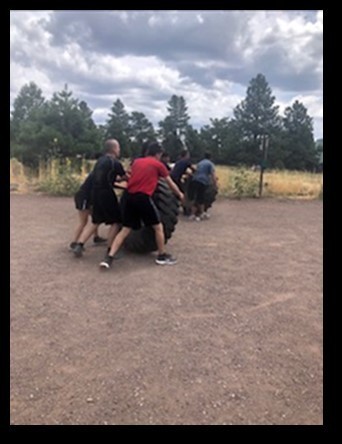 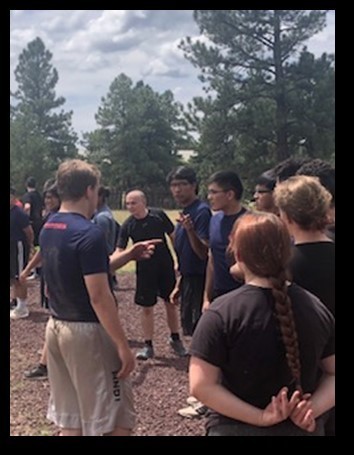 "I think one of the keys to leadership is recognizing that everybody has gifts and talents. A good leader will learn how to harness those gifts toward the same goal” ~Ben Carson 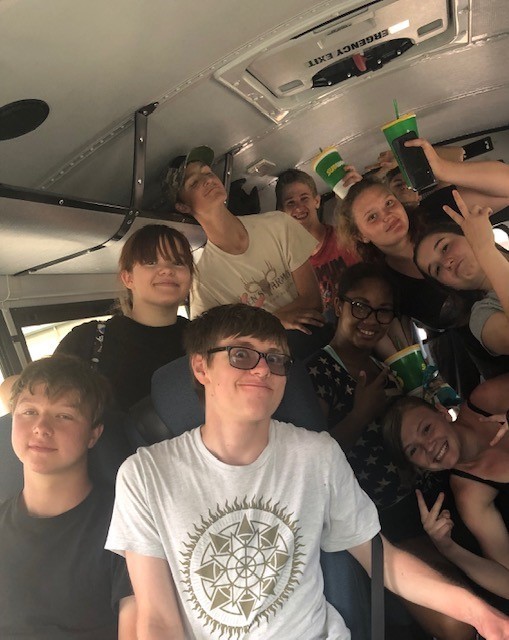 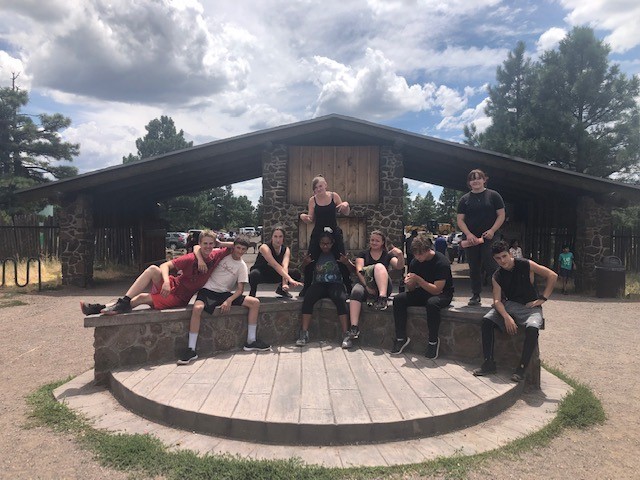 Thank you Nina from Ash Fork’s Food Bank for giving us the opportunity to serve our community.  We look forward to more ways to serve.  We welcome all suggestions! 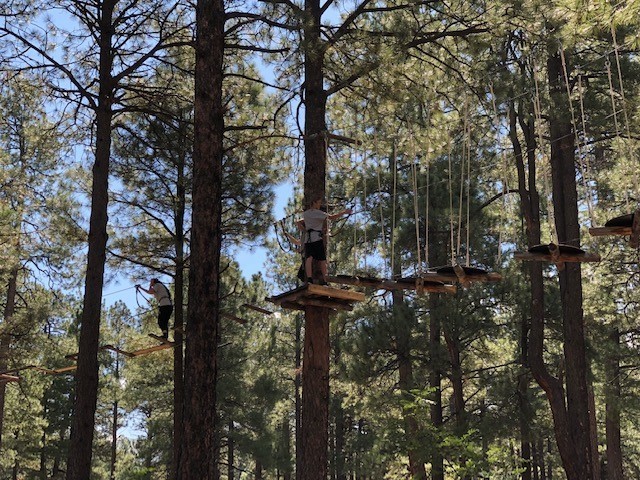