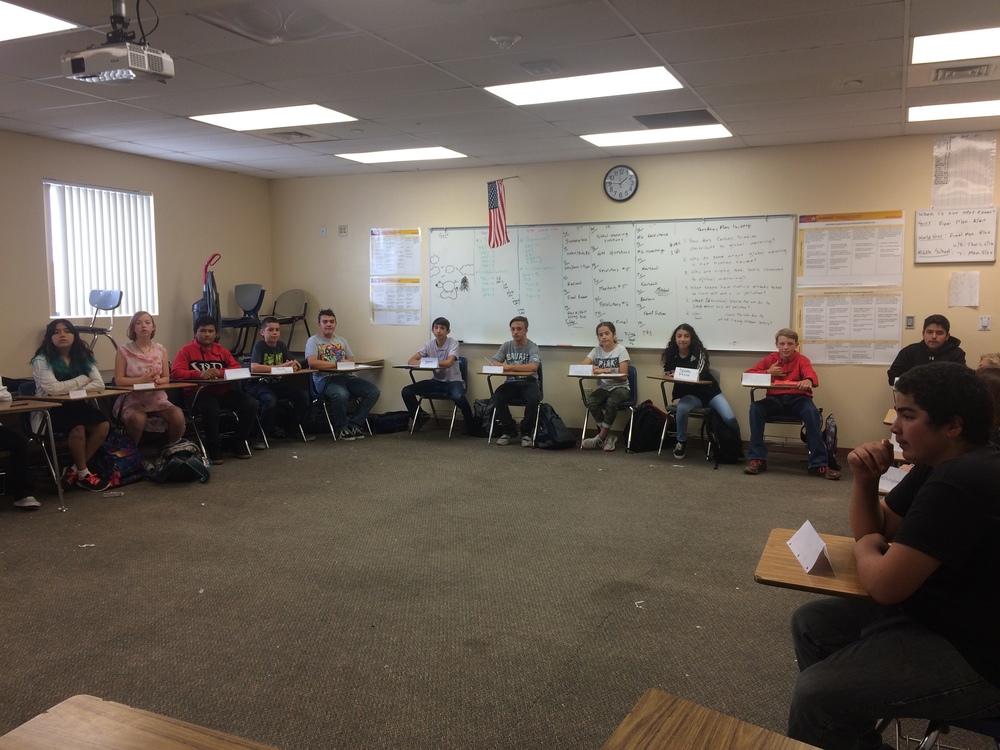 This year, all middle school students learned about world geography in their social studies class.  A new element of my geography class this year was to experiment with students conducting Model United Nations (UN) meetings.  These UN meetings were a great success and led to many fruitful discussions about global issues.  Many students also developed their debate, leadership, and public speaking skills in persuading other students to support their resolutions on the UN floor.

For students to participate in the Model UN, they first chose from a list of countries from around the world.  Next, students had to extensively research and present a PowerPoint presentation on their nation.  Then, students had to act as representatives of their countries and make decisions based on how their country would act on different issues.  This was particularly difficult because we are used to thinking about issues from an American perspective.  It was a challenge for many students to perceive issues from their nation’s point of view.

In the UN meetings themselves, each nation began by answering a series of questions about the issue at hand.  The final question always asked students to research their nation’s perspective on that issue.  Next, a meeting would be called where our student-delegates would declare their nation’s opinion on the issue, after which coalitions of nations with similar points of view would meet together to craft proposed resolutions to be considered for adoption by the entire UN.  On the final day, the delegates would come back together to discuss and potentially adopt a resolution to solve that global issue.  Some issues were easy to solve; other issues were so contentious that a majority could not decide to adopt any one resolution.