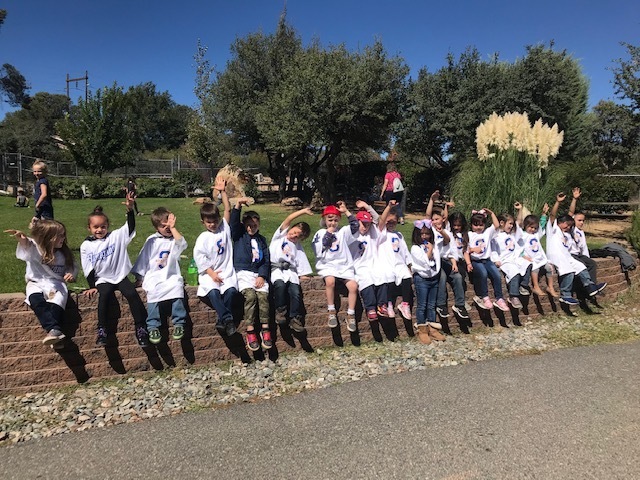 The class began the day with great excitement, being able to wear the special Ash Fork T-Shirts was a treat.  Of course – being sized medium, the shirts were a bit large… Kricket’s remark, “It looks like a dress!” was echoed by several more boys!  Creative tuck-in 101, was then the course of action!

Knowing that at least one student was prone to car sickness, Ms. Maria, Ms. Mari and Ms. Beth were on their toes.

On the bus ride, students kept themselves busy with singing renditions of The Wheels on the Bus, Row, Row, Row, Your Boat, and a spectacularly sung, National Anthem by two first grade boys.   Miss Sofia sitting next to Ms. Beth kept remarking about the scenery, “You can see so far up in a bus!”

When kindergarten arrived at the zoo and disembarked, of course the playground was of keen interest to many! They started on their way along the trail but upon seeing the magnificent Bald Eagle and the Brown Eagle, everyone stopped in their tracks and quickly forgot about the playground!

At the wolf enclosure more than one student was leery of the family of wolves!  Arrabella claimed that she was scared of the wolves because they looked so mean.  Some of the boys quickly boasted that they weren’t scared at all.

A miniature horse was available for petting.  One student remarked, “He feels like a real horse!”  The students saw him on several occasions walking around the zoo.  Melanie said, “He is too small to ride, but I like him.”

All of the children had a fantastic time!  Quite a few caught up on their sleep on the way home, exhausted from their adventures!  They arrived back at school just in time for snack!  What a yummy end to a fantastic day! 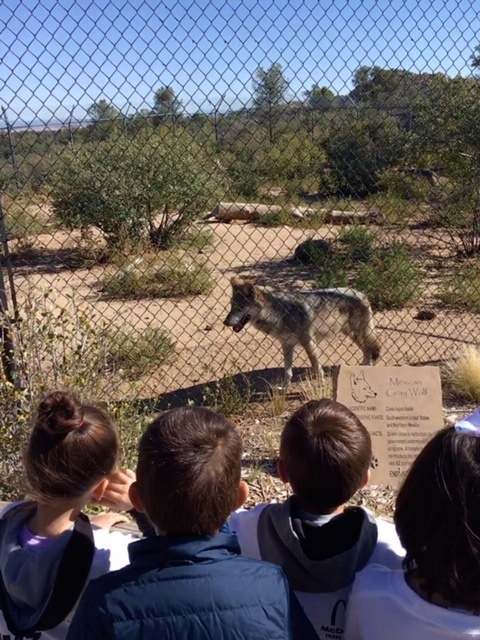 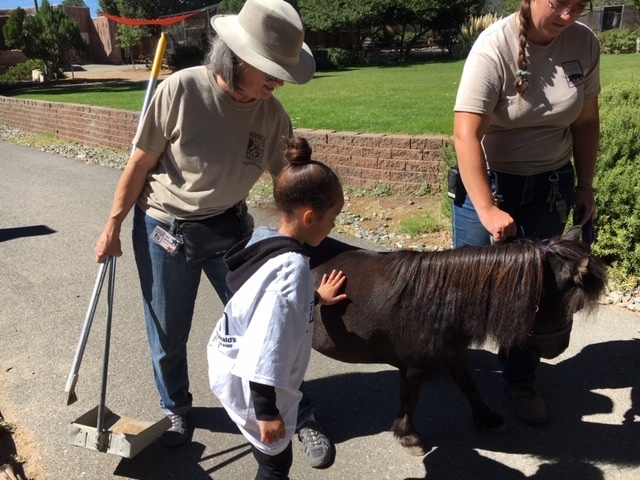