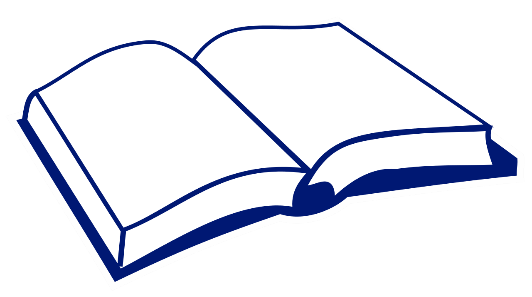 This quarter, students in middle school ELA focused on how author’s craft and structure text. As a result, students thought deeply about why authors use a particular organizational structure and words to develop their details and main ideas. Students got to practice this skill by becoming authors themselves. To boost students’ ability to think deeply about the role organization and words play in a text students were encouraged to use their words to create advertisements to sell their favorite products. Additionally, students focused on the structure of events to write fables that would teach important lessons to school children.  Below are three examples of the students’ favorite advertisements and one of their fables. 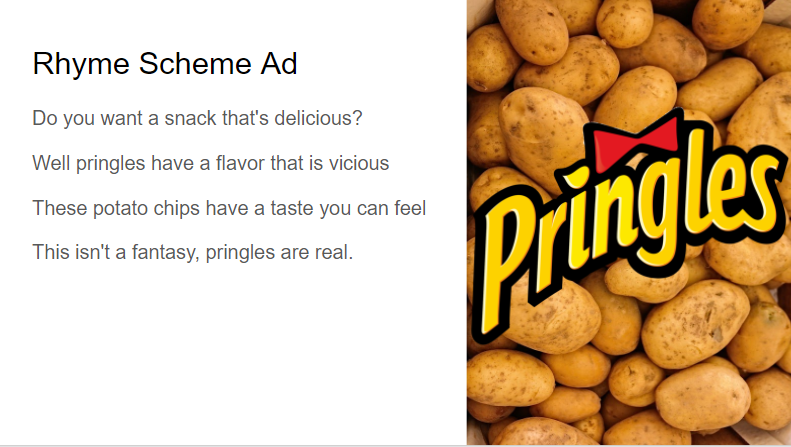 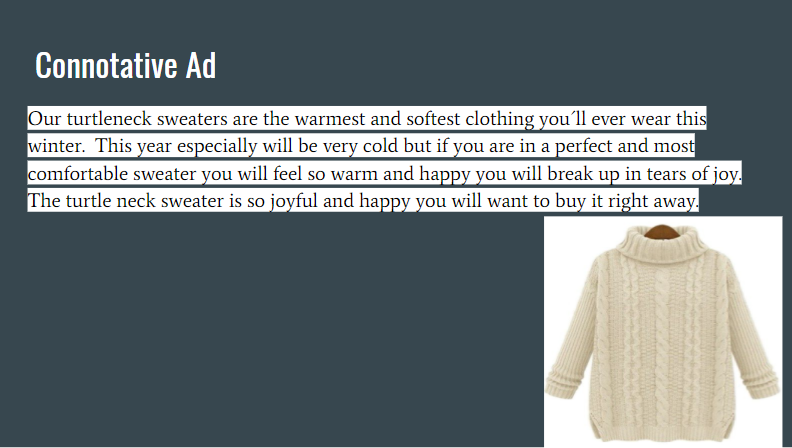 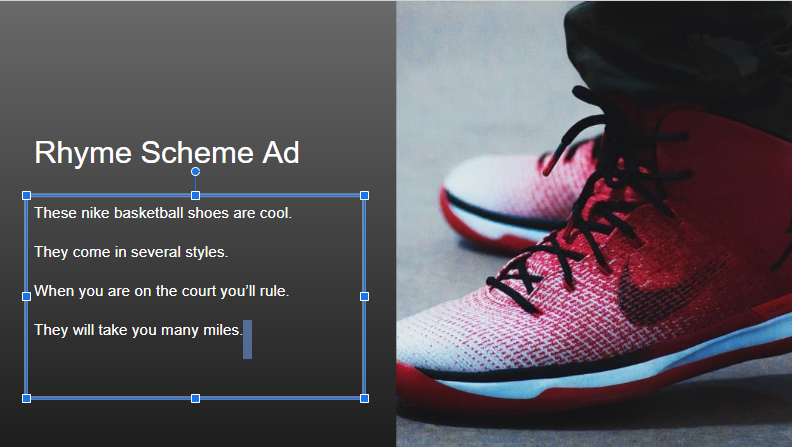 Once upon a time in cat school there was a cat and a lion, and they had to do a test that day. The cat was the one who studied for the test and the lion was a popular boy and did not study. When the lion heard that there was a test he thought nothing of it and went on with his day. The day passed and passed and the lion saw other kids going to a place to study and said he is going to pass. So when the lion and the cat got to the class the teacher said “hope everyone studied” everyone said yes and the lion did not say anything. She handed out the tests and the class had one hour to finish the test that had 15 questions.

When the lion saw the test he did not know half of the answers so he passed a note to his friends and asked them to help him, but they said they don't know the answers either. The lion saw that the cat was going through all the answers quickly and so he peaked to look at his answers. The lion copied the cat's answers and went to turn it in and the teacher asked how he finished so fast he said he knew the answers and they were easy. The teacher said ok but saw him chuckle when he turned around, so she went to go check the cameras. And what she saw was the lion scooting closer and closer to the cat and choosing all the answers he saw the cat choose. So then the next day she graded his test and put a zero, he wondered why the cat got 100 and he didn't. She called him out to the hallway and said she saw him cheating and for that he gets a zero.

In the fable written by me the theme is Cheaters never win. Some details that help that theme are “The lion copied the cat's answers”. “She called him out to the hallway and said she saw him cheating and for that he gets a zero.” Those details help by saying that the lion started copying cat’s answers even though they are doing a test. And in the end the teacher found out the lion was cheating and gave him a zero on the test.