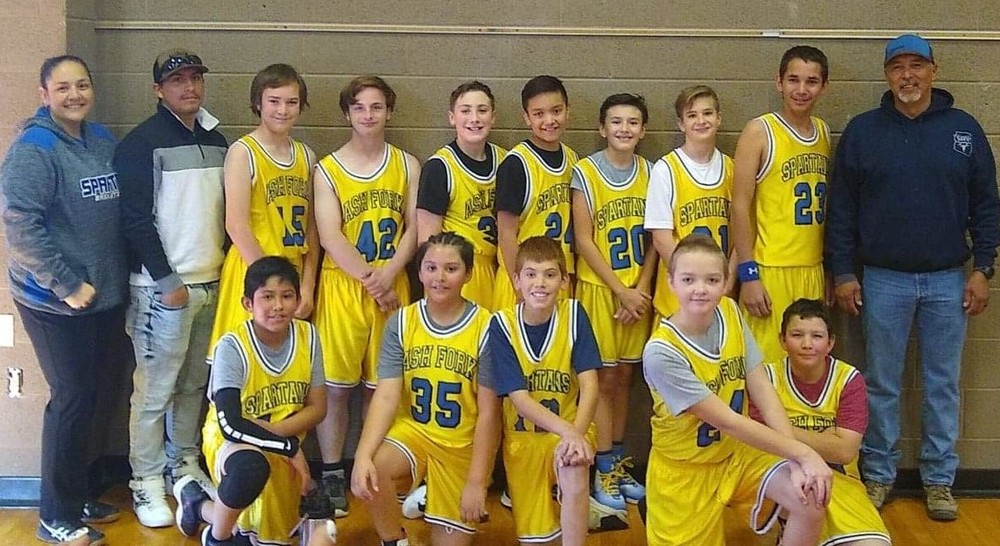 There were many young athletes on the middle school boys’ basketball team this year.  Coach Vasquez was the “A” team head coach and was a great supporter of the entire team.  The “A” team placed second at the I-40 tournament. Jesus Ayala received the Spartan trophy and Branson Milius received the Rookie trophy.

Coach Acosta was the “B” and “C” team head coach. Towards the end of the season, Ash Fork Schools was fortunate enough to have a volunteer, Coach James, step up and help coach the “B” team. The “B” team had a record of six wins and four losses. The Spartans were led by Bear Staples and Treighton Walema.  They received the Most Improved trophies at the winter sports banquet.