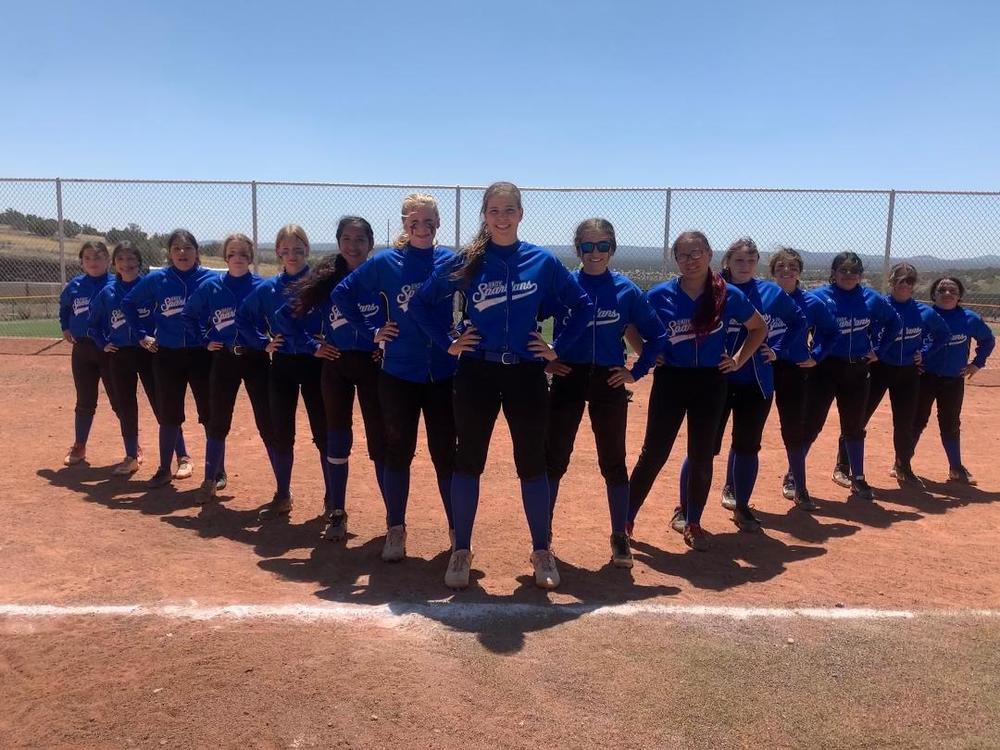 The 2022 High School Softball season came to a close this week. This was the first time in 3 years Ash Fork has seen a softball program. I was very encouraged by the number of girls who came out to play. It was a very young team but they showed a lot of heart, hustle, and dedication. They continued to show up every day and improved their skills drastically. They were able to get a win at the Chandler Prep tournament down in Phoenix against Madison Prep High School. The Spartans were led by Captain and Freshman Pitcher Jessie Prosser. Jessie led the team in batting average, on-base percentage, stolen bases, and runs. Jessie received the Spartan Award for the season. The Spartans were also led by Captain Aspen Bond a Utility player. Aspen was a great leader on the field she worked to keep morale up and made amazing defensive plays as the Shortstop. Aspen was the Rookie of the year for the 2022 season.  Miranda and Andrea received the most improved award for the season, they have never played before and worked very hard to learn their positions as well as the game.

The same week the high school season wraps up Juniors and Majors little league begins. The Juniors team is made up of 13 Ash Fork Students, and the Major team combined with Seligman to have 13 girls as well. Below is a google docs with Little League schedules. Come out to support Spartan athletes in City sports.